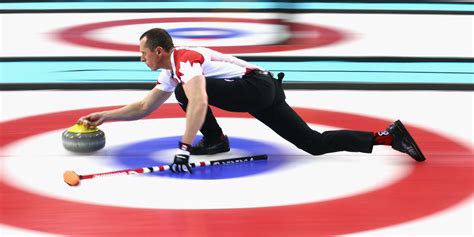 I’m not going to dump on curling too much;
I am actually a fan, or as much as someone who watches about two ends a year ends a year can call himself a fan. But this is another team-based sport, which requires substitutes, whose, if they’re lucky, only duty during the games will be “keeping warm”.
Yes, curlers, I know this game does require quite a bit of skill, and a lot of dreadful practice and effort to attain said skill.
But it does not, as yet, require broad, Superman Chests, or even the flower of youth. Although elite curlers’ physical fitness has improved in recent years, this is still a sport that, at very high levels of competition, involves the regular consumption of booze.

Another team-based event, …
Although you won’t be able to sit one of these out, at least not at the beginning. But for at least three of the team members involved in a four-man bobsleigh, their Olympic duties can be summarized as: push then sit.
There’s also a kind of tricky little jump that involves probably a thousand subtleties that I’m surely not appreciating, but otherwise this looks pretty doable.
Obviously,
These guys are extremely good at pushing, to the point that they must just destroy civilian shopping carts whenever they visit Safeway. Most of them presumably go through the same sort of training regimens that tract and field athletes do, which exhausts me even to type about.
But still. Sitting. On the list it goes!!!

The idea here should be obvious. You somehow sneak your way onto a team of elite athletes, possibly via subterfuge, and then try to stay out of their way while they win the medal for you.
The very nature of large team-based sports requires teams to bring substitutes, who, if all goes according to plan, will never take off their warmup pants. For example, if you’re the backup goaltender for a soccer team, I’m pretty sure your primary role is just cruising around the Olympic Village, trying to nail synchronized divers.
The downside to this plan,…
Assuming you’re not exceptionally good at subterfuge-not yet an Olympic event, is that managing to get even a substitute spot on a medal-potential team is extremely difficult. Being the second best goaltender in China, for example, still involves a great deal of skill and fitness, which many of us, the non-China in particular, will probably have trouble coming up with. 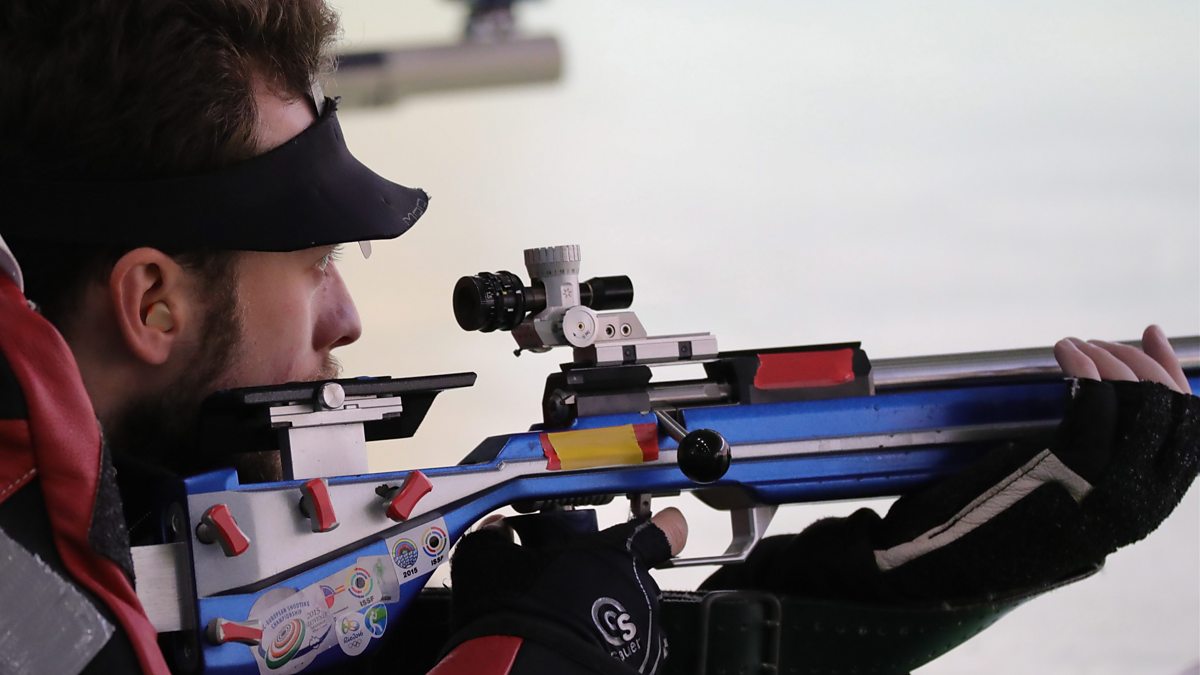 Let’s relax a bit, and switch to one of the sports performed while “lying very still.”
That’s being a bit glib, to be sure.
They to lie spectacularly still, to the point that they possibly have some of those discussed X-Men-Like Genes. Slothman or somesuch. That’s probably hard to learn.
But then there’s the small matter of the equipment.
Even with rules and design limits on how these rifles are assembled, in any sport where technology plays such a big part, it’s possible for particularly well funded or enabled competitors to gain a competitive advantage. Now, I’m not overly familiar with the rules for Olympic shooting- maybe that’s impossible- but when the competitors are using video game guns, I’m going to continue screaming “OMG”. 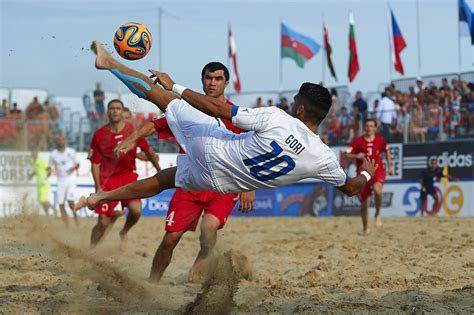 Sports are regularly added and dropped from the Olympic slate, which presents an obvious opportunity for us, the chair-centric medal seekers; the chance to compete in a sport where the competition may not be that deep. Obviously one of the conditions the IOC looks for when considering which sports to admit is the strength of competition, but it’s unlikely that any new sport is going to have the same breadth of talent as, say swimming. As an example, the very first gold medallist in snowboarding tested positive for marijuana, which is famously not considered to be a performance-enhancing drug, excepting sports where hands-awareness is crucial.

So look at the list of newish Olympic events and target one of those. This year there’s women’s boxing, so if you’re a lady and into punching ladies, maybe look that up. Or consider beach soccer, which is a potential candidate for a medaled event coming soon.

Although most nations will surely be competing for who can lose the least badly to the Olympic Home Organizers, that still leaves two medals to aim for. And compared to more established sports, it’d probably take only mild subterfuge to get a position as a backup beach soccer goaltender. You’ve got for years, folks; try it out! Get yourself a bronze tan to go with your silver medal to go with your always golden synchronized diver nailing.

Dressage is that one equestrian event without running, or jumping, or anything even remotely exciting happening. It’s basically horse ballet, and while that sounds like it could be really pretty funny, that’s because you’re imagining it with the horse wearing a tutu. That doesn’t happen dressage.

No!!!
Put the funny hat on the horse, not the rider! Such a missed opportunity, dressage.

Most importantly, dressage looks incredibly easy. But let’s be generous, and assume it’s one of those sports that is only means to look easy. Like it only looks easy when it’s done by highly trained elite athletes. These are horses after all, who are, as near as I can tell, some kind of combination between a dog and a bicycle, neither of which is terribly intelligent. Getting a horse to walk in a straight line has got to be a lot tougher that it looks.

But what really gets dressage on the Easy Sports list is because it’s evidently only practiced by princesses and other people who can afford to spend a million dollars on a dog-bicycle. The 1 percent, essentially.
Everything comes easy to these assholes.

So let’s take what we’ve learned so far, and deduce the easiest sport to medal in. It should be team-based, to accommodate the hope that your teammates will do all the work for you. It should, strictly speaking, not exist yet, to account for the fact that winning medals is easier if no one is competing against you. And it should involve minimal physical fitness, to account for the fact that you’re reading Cracked right now. So, after punching all of these factors into the Cracked Supercomputer, we get: Being the fifth man in a four-man Olympic horseshoes team is, at present, the easiest possible route to an Olympic medal. They only difficult thing about this is the fact that the sport is nowhere near close to existing yet, a fact that the IOC may get a bit hung up on when considering it for an upcoming Olympics. But even that isn’t that hard to get around, because lest we forget, the IOC is spectacularly corrupt. A few diamond-encrusted horseshoes sent to the right people will surely overcome any such difficulties.
Or, failing that, a few sturdy, horseshoe-callused-handed hand jobs for the right people.