What Happened To The Victims Of Sriwijaya Air Crashed ? " 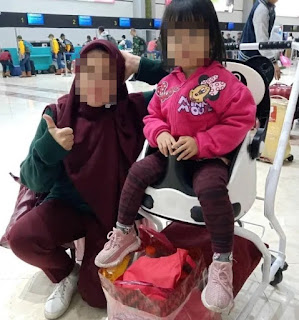 " Investigators in Indonesia are seeking to uncover why a Sriwijaya Air jet crashed into the sea shortly after taking off on January 09, 2021. The incident involving a Boeing 737-500 came more than two (2) years after a Lion Air plane went down in the country resulting 189 deaths ".

What Actually Happened TO The Sriwijaya Air Plane ?

The Sriwijaya Air jet crashed into the Java Sea minutes after it took off from Indonesia's capital, Jakarta, on January 09,2021. It was carrying about 62 people, including 10 children on a domestic flight to Pontianak, Kalimantan, a city on Indonesia's Borneo Island.

The plane departed at 1436 p.m. and climbed to a maximum altitude of 10,900 feet about four (4) minutes later before beginning a steep descent, according to aviation data provider Flightradar24. It went missing at 1440 p.m.

Divers and search crew located debris from the plane and human remains around an area known as the Thousand Islands, to the north of Jakarta, Indonesia. There were no survivors.

Why did the plane crash ?

Investigators are counting on the so-called black boxes of the Boeing 737-500 to help piece together what actually happened in the moments before the crash and determine why SJ182 went down. One black box-- the flight-data recorder-- has been pulled out of the sea.

What is known is that the plane made an unexpected turn in the northwest direction shortly after take-off, prompting air-traffic controllers to ask the pilots why they were headed that way. Seconds later, the aircraft disappeared from the radar. Investigators are hoping to understand what caused the plane to change direction.

Another question investigators are looking at is if weather played a role in the accident. The flight was delayed that afternoon because of bad weather. There was no distress call before the plane went down, an investigator said.

What Do We Know About The Sriwijaya Plane ?

The jet that crashed was a 26-year-old Boeing 737-500 that Sriwijaya Air said was in good condition before the flight. The aircraft didn't fly for nearly nine (9) months last year as air travel was severely reduced because of the Coronavirus pandemic, but it was inspected and declared airworthy before resuming flying operations on December 19, 2020, authorities said. It conducted 132 flights after resuming operations, according to Flightradar24.

Sriwijaya Air began operating the aircraft in 2012. Before that, the plane was flown by United Airlines, according to Flightradar24. Boeing first delivered the plane in 1994 to Continental Airlines, which was later acquired by Chicago-based United Airlines Holding Inc.

Was it the same model that crashed in Indonesia in 2018 ?

The aircraft that crashed in 2018, also in the Java Sea, was a different model, a Boeing 737 MAX, the newest version of the company's single-aisle jet, and was operated by a different Indonesian airline, Lion Air. That Boeing model was involved in two (2) crashes -- the 2018 Indonesia crash and a second (2) in Ethiopia in 2019 -- that together resulted in the deaths of 346 people, leading regulators to ground the MAX fleet nearly two (2) years ago U.S. aviation regulators in November cleared the 737 MAX to fly again with passengers after approving a number of safety fixes.

The Boeing 737-500, involved in the recent crash in Indonesia, is a much older model belonging to the Classic series. Boeing rolled out the last Classic from its production line in 1999. A relatively small number of 737-500s remain in operation around the world.

The two (2) models are different in many ways, but the most important different is that the 737-500 doesn't have the flight -  control system that was largely blamed for the two (2) 737 MAX crashes. Boeing has since added safeguards to the MAX system, known as MCAS, to help keep pilots in control, and has updated related pilot training and manuals.

What Is Indonesia's Air Safety Record ?

Indonesia has a history of air safety problems, though it has improved its standing in recent years. U.S. and European regulators at various times have restricted flights of carriers based in the country. Regulators cited, among other issues, lax government oversight, inadequate pilot training and maintenance lapses.

But Indonesia's safety record and the view of foreign regulators have improved in recent years. In 2016, the U.S. Federal Aviation Administration upgraded Indonesia's status to the highest ranking under the agency's international safety-assessment program. Two (2) years later, the European Union lifted all flight restrictions on Indonesian carriers. In 2019, Indonesia had an accident rate below the global average, according to International Civil Aviation Organization statistics. 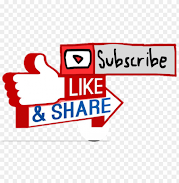