The Best Free Games For Android Smartphones And Tablets ! 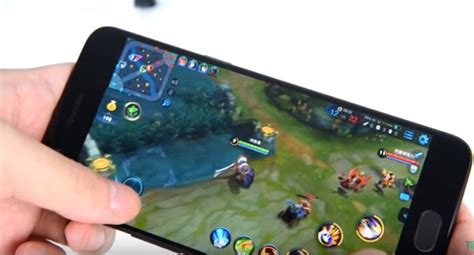 What's better than a free game?
Pretty much nothing.
Except when it's terrible and you've wasted time on downloading and playing it.
Fortunately, there are loads of fantastic free games for Android - and here list the very best for you!!!

Whether you're into word games, endless runners, platformers or puzzles, there's something here for you.

Disc Drivin' 2 is the turn-based driving game which was presumably created when someone re-imagined shuffleboard as Mario kart and shoved that strange concoction online for web-based multiplayer contests.

The concept of a turn-based racer is bonkers and it shouldn't work, but it really does. As you flick your little disc about tracks suspended in space, the tension ramps up as you home in on your opponent. You will learn to master shortcuts, zip past hazards, and also how to make best use of bonus powers afforded to your little disc.

It's absurd to think that one of the best mobile racers on Android is about flicking a coin around a race track, but there we have it. Miss this one at your peril.

Asphalt 9: Legends, like its predecessors, is a decidedly nitro-happy, larger-than-life take on arcade racing. It has you belt along at insane speeds, regularly soaring into the air, your car spinning and pinwheeling in a manner that'd have your car insurance company angrily tear up your policy documents.

This racer also differentiates itself by streamlining controls to the point you needn't steer. The car moves on rails, with you swiping between lanes, and timing actions like boosts and drifts. That might sound reductive, but this doesn't detract from the racing feel, it gives you a keen sense of focus on timing, and there's a manual option if you really want that.

Being as Asphalt game, there's some grind, but this is offest by you being immersed in the most outlandish and eye-dazzling arcade racing on Android.

Data Wing has the appearance of a minimal top-down racer, but it's far, far more than that. That's not to say the racing bit isn't great-because it is. You guide your little triangular ship around neon courses, scooting across boost pads, and scraping track edges for a bit of extra speed.

But there's something else going on here - an underlying narrative where you discover you're, in fact, ferrying bits of data about, all under the eye of an artificially intelligent Mother. Initially, all seems well, but it soon becomes clear Mother has some electrons loose, not least when you start getting glimpses of a world beyond the silicon.

With perfect touch controls, varied racing levels, a few hours of story, and plenty of replay value, Data Wing would be a bargain for a few dollar pounds. For free, it's absurdly generous.

Kevin Toms Football * Manager is what happens when the man who created the original Football Manager game (the one released in 1982 for computers with 16k of RAM) brings the same pick-up-and-play ethos to Android. It's crude. It's simplistic. It's also - as it turns out - an awful lot of fun.

Ultimately, the game mostly involves basic team selection/management, a smattering of tactics, and tense match highlights. It might seem prehistoric to anyone who cut their teeth on modern football management games, but it's a delight for anyone hankering after immediacy from a management game, rather than something with so much depth it threatens to take over their life.

Motorsport Manager Mobile 3 is a racing management game without the boring bits. Rather than sitting you in front of a glorified spreadsheet, the game is a well-balanced mix of accessibility and depth, enabling you to delve into the nitty gritty of teams, sponsors, mechanics, and even livery.

When you're all set, you get to watch surprisingly tense and exciting top-down racing. (This being surprising because you're largely watching numbered discs zoom around circuits). One-off races give you a feel for things, but the real meat is starting from the bottom of the pile in the career mode, with the ultimate aim of becoming a winner.

It's all streamlined, slick, and mobile-friendly, and a big leap on from the relatively simplistic original Motorsport Manager Mobile.

Litchspeer is a trippy take on tower defense - like a single-lane Plants vs Zombies, only you're fending off deranged futuristic Nordic and Germanic foes, are armed with an endless supply of glowing javelins (the titular Lichtspeer), and act under the watchful eye of an angry, demanding heavy metal god.

So, yes, this one has a veneer of weird, but the underlying mechanics are straightforward enough; aim your spear Angry Birds-style, lob and repeat. Get in some headshots, and the game rewards you. Miss too often and the god's wrath briefly freezes you, making you temporarily vulnerable.

The main downsides to the game are repetition and brevity. However, gradually acquired special moves shake things up (and are a godsend on packed levels), and when you're in the neon Lichtspeer zone, it has a focused, hypnotic quality - along with a pleasing dash of madness.

Evoland 1 and 2 are two of the most unique Android games. They both use a variety of game mechanics. That includes puzzle, RPG, top-down shooter, classic fighter, trading card, and platformer mechanics. The games pay ode to the proverbial good old days of gaming. Each switch in mechanics also changes the graphics to better suit that part of the game. It's really a unique experience. Both games also offer hardware controller support, no in-app purchases, no ads, and plenty of story to play through. These are definitely excellent.

Pokemon Go exploded onto the mobile gaming scene in July 2016 and immediately became of the best Android games ever. It's an augmented reality game similar to Ingress where you walk around the real world, catch Pokemon, battle for Gyms, and hit up Pokestops to restock on items. It beat virtually every record in the books as the world's most popular mobile game. Thanksfully, the game gets frequent updates. The updates add limited time events, new Pokemon, and new mechanics. It's not the same game that came out in 2016. It'll continue to iterate and improve as long as Nlantic wants it to. Recent updates have also added new Pokemon and even more stuff to do.

The Room is a series of four puzzle games. It was the first franchise that did the puzzle genre really well on mobile. The latest game in The Room series is just as big of a hit as its predecessors and they remain among the best Android Games. The Room is a series of escape puzzle games. Each room has bunch of mysterious objects. Your goal is to solve the puzzles and get out. You progress from room to room to find even more unique objects and solve their puzzles until you win the game. The latest one, The Room: Old Sins, includes cloud saving, Google Play Games achievements, and even a small exploration element. That sets it apart from the pure puzzle experience of the first three games. You can't go wrong with any of these. They're all very good.

Vainglory is probably the best MOBA available on Android. It features a large cast of characters along with a fairly traditional MOBA experience. You'll have your typical three lanes that you'll need to attack or defend along with two teammates. You can play with or against real people or bots if you want to. The performance is top notch and there are over two dozen characters that you can unlock. There are also no energy bars or other freemium hoops to jump through. There is also a beta available that can use the Vulkan API, although it's not quite stable yet.


In my blog, you can find articles about education, traveling, making your own money, science technology and also other tips.