From Historic Events To Action - Packed Sports Meets & Sensational Concerts, Asean's Stadiums Have Seen It All!


The original Singapore National Stadium opened in 1973, and hosted the country's first National Day Parade in 1976. In 2010, however, the old stadium was demolished and on its site, a state-of-the-art stadium was erected featuring a retractable roof and an energy efficient cooling system that delivers 12 litres of cool air per second to every seat. The new stadium has hosted some of the biggest names in football, including Brazil and Argentina's National Teams, as well as professional football clubs like Arsenal and Juventus.

Stadium was constructed specially for the 1998 Asian Games, and has since hosted various big sporting events like the 2007 AFC Asian Cup, as well as concerts by international artists such as Lady Gaga and Coldplay, and even the Race of Champions 2012 where stunt driver Terry Grant set a world record by completing 25 donuts (vehicle rotations) while standing on the roof of his Car!


On August 31, 1957, Tunku Abdul Rahman, the country's first Prime Minister, proclaimed the independence of Malaya (The Former Name Of Peninsular Malaysia) from the British Empire at Stadium Merdeka. His call of 'Merdeka' (meaning independence) were echoed by the jubilant crowd who had gathered to witness the historic event.


Prior to Indonesian independence in August 1945, only Europeans were permitted use of stadiums built by the colonial administration of the Dutch East Indies (now Indonesia). In 1932, Paku Buwono X (1866-1939), the King of Surakarta, commissioned the building of a stadium that would welcome everyone. In 1948, Sriwedari Stadium served as the main venue for the country's first national multi-sport event, Pekan Olahraga Nasional.


The My Dinh National Stadium is a multi-use stadium in Nam Tu Liem, Hanoi (Vietnam). It has a capacity of 40,192 seats and is the centerpiece of Vietnam's National Sports Complex. It was officially opened in September 2003 and was the main venue for the Southeast Asian Games later than year, hosting the opening and closing ceremony as well as the men's football and athletics events. The stadium is home to the Vietnam National Football Team, and hosts its home international friendly matches. It was also home to The Cong from 2005 - 2008. It is currently home to Viettel F.C., with the stadium being its home since 2010. Located 10 kilometres north-west of central Hanoi, the 40,000 seats stadium is the second biggest in the country in terms of capacity and was built at a cost of US$53 million. Arched roofs cover the grandstands on the east and west sides of the arena, providing shelter for half of the seats. The area provides training facilities for the teams with two football training grounds conveniently located next to the stadium.


The Myanmar National Football Tema (Burmese), is the national team of Myanmar and is controlled by the Myanmar Football Federation. It is the anniversary of the beginning of unrest against British rule in 1920 that eventually led to independence in 1948. Specifically, it is the date of the first student strike at Rangoon (now Yangon) University. Further strikes occurred in 1935 and 1938, and these strikes served to rouse national identity and opposition to British colonial policies. The exact date of National Day changes each year since it is based on the Burmese Calendar system. In Myanmar, the year 2015 is known as the year 1377, and there are 12 lunar months of 29 or 30 days each. This only adds up to 354 days, so an extra "make up month" is added every three years to catch up with the solar calendar. However, to make things align properly, it is sometimes added every two years instead. The date falls on the 10th day after the first full moon of the month Tazaungmon, which means that National Day can be anywhere from mid-November to early December. The history leading up to the student revolt is the background of National Day. In 1824, the British conquered Burma. In 1886, Burma was added to British India, being a separate province within that realm. In 1919, Buddhist monks attempted to physically force Europeans out of a pagoda when they refused to remove their shoes before entering. This incident helped fuel the fire leading up to the student revolt. Finally, on December 5th. 1920, unpopular new British regulations led the students at Rangoon University to protest. Soon, the protests spread throughout the land to other schools. Ultimately, the unrest continued until independence was granted on December 4th, 1948. While National Day is marked on the Myanmar Calendar, it is not necessarily in itself a major time of public celebrations. Instead, many who feel  the political situation in Myanmar is reminiscent of that of colonial times take to the streets to protest against the current ruling military power. Recently, free elections have been scheduled in Myanmar, after 25 years of military rule, so perhaps, this situation will change. Monks, students, and expatriates all are typically a part of the National Day protests, and there are often cries on this day for a new revolution.

ANOTHER ARTICLES ALSO CAN READ.. 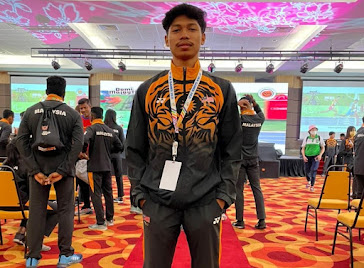