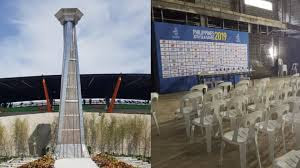 A half-painted stadium with few working toilets and a "media centre" resembling a barely lit warehouse; bad roads leading to unfinished venues; teams waiting hours for transport and then being forced to sleep on hotel floors.

The official theme the Philippines has chosen for the 2019 Southeast Asian Games is "We Win As One", bu in the lead-up to their November 30 start there is an unofficial one that has become all too evident: "We Are Not Ready." STUPID COUNTY !!!

This unpreparedness is on display in everything from crudely written signs to poorly organised accommodation and strained logistics. One Filipino reporter covering the games, speaking on condition of anonymity, said from what he had gathered so far this is "The Worst Games - Before This It Was The [2017 Edition] In Malaysia and The Best County And The Best Host'. But Philippines Poor Host !!!

When the first qualifying football match was held in Manila's Rizal Memorial Stadium, there was no scoreboard and most of the audience had to make do with outdoor chemical toilets. Restoration work on the historic arena was not yet finished, although one part that has been completed was bizarre - a single cubicle in the women's bathroom had two toilet bowls side by side!

Mishaps such as this have not gone unnoticed on social media, with many Filipinos comparing the games to the 2017 Fyre Festival in the Bahamas, which was lammed for defrauding ticket buyers who were promised a luxury experience. There's even a Twitter hastag: #SEAGAMES2019fail.

The logistics have been made more complicated by the Philippines' decision to decentralise the games, distributing the 56 competitions among 23 cities.

The Thai football team discovered their practice area was more than 30 kilometres from their hotel, through Manila's notorious traffic. The East Timor team had to wait hours for a pickup from the airport before being brought to the wrong hotel, while Cambodian athletes found their rooms weren't ready and had to lie down on the floor of a hotel conference room.

Reactions to the shambles have ranged from dismay to frustration and even hunger. Athletes have complained of receiving the same food every day - in one instance a breakfast consisting solely of rice, an egg and kikiam, a spicy pork sausage. The athletes also said they were each getting just two bottles of water per day.

Dimpauno Alonto Datu Ramos Jnr, Director for external relations of the National Council on Muslim Filipinos (NCMF), told ABS-CBN news that the games organisers had disregarded the Muslim group's offer to assist in serving halal food. He said the NCMF made the offer in Spetember but "we were ignored".

Meanwhile, Philippine politician and officials have started the most important event - the blame game.

Hosting the 219 SEA GAMES proved fraught from the start. In July 2017, the government of President Rodrigo Duterte had initially passed up hosting the games, saying it needed the funds to help rebuild the war - torn city of Marawi - only to change its mind in August.

On Sunday, after days of reports about unfinished facilities, possible cost anomalies and reports of a lack of organisation, Philippine Southeast Asian Games Organising Committee chair Alan Peter Cayetano said that the country was "more than ready to provide world-class hosting [but] we are only human. We aren't perfect".

On Monday, Cayetano was apologising to foreign teams for "inconveniences ...inefficiencies or misscoordination", and saying teams had arrived earlier than expected. That same day, congressman Mikee Romero blamed the Senate's upper house for failing to pass the games' budget in time, claiming this caused delays in preparation.

Romero singled out opposition senator Franklin Drilon as one of those who slowed down passage of the budget, but Drilon was having none of it. He shot back that the budget's approval was delayed because of "unconstitutional insertions" the lower house had tried to include "to the tune of 95.3 billion pesos [US$1.87 million] worth of port barrel funds".

Senate President Vicente Sotto III further muddied the waters when he said the budget was delayed because the lower house - of which Romero is a member - was late submitting it.

Among the items queried by senators was the 50 million pesos [US$ 983,000] spent on a cauldron in a tower at New Clark City. The cauldron is supposed to be lit during the opening of the games, but critics have questioned not just the price, but its location - the tower is not where the opening ceremony will be held.

Cayetano has since defended the cauldron, telling CNN it was a "work of art" and refuting claims the sports facilities were overpriced by saying that at a cost of 63 million pesos they were cheaper than those built by Singapore in 2015.

Another Filipino journalist who declined to be named said he had covered other Southeast Asian Games and found them better organised.

"The last on I covered was in Myanmar in 2013, [there were] brand -  new hotels and a brand new sports city...the athletes' village was really nice too," he said.

" I was also in Indonesia in 2011, that was well run, no issues with food or accommodation - and that was Palembang, a remote province where they built a massive sports city from scratch."

In July, CNN Philippines reported that Senator Christopher Go said hosting the games would show "how far the Philippines has come, especially under the Duterte Administration".

On Monday, Go - formerly a close aide of the president - was singing a different tune. "You can't fix this [the foul ups and disorganisation] with an apology," he said in a Philippine Star report. "Let me remind everyone that you will be answerable to the president and most especially to the Filipino people." But Don't Forget Our Foreign Athletes !!!

Duterte himself is currently on a visit to South Korea. Travelling with the president, spokesperson Salvador Panelo told reporters Duterte would probably not fire anyone over the SEA GAMES' lack of organisation.

"A few hours delay of checking in or transporting, it happens to any passenger nowadays all over the world," he said.

Here's a summary of what has gone wrong so far at the games!

Myanmar athletes complained about delays at the airport, and then the cramped minibus transport they were given. Their planned practice session could not be held on Saturday as a result.

Myanmar's coach Velizar Popov said they were "not happy with some things" but their focus would be on the football, and not "looking for excuses".

Indonesian media outlets complained that renovations to Manila's Rizal Memorial Stadium were not complete in time for the games, asking "why isn't the stadium fixed?"

Malaysian's football manager also said the team "would have to manage" as the dressing room at their stadium was still being renovated.

After a long journey, it's only fair to expect a comfortable hotel room. Not so for the Cambodian team, who were pictured sleeping on the floor as they waited for their hotel rooms.

"Things are not perfect," said Cambodia's head coach Felix Darmas. "We just have to wait a few hours to get picked up. It was not ideal. Eight to nine hours to get into our hotel. But things happen."

Media representatives did not fare much better than players. As they arrived, the first foreign journalists were left to rifle through a pile of media passes on a table to find their relevant accreditation tags.

Meanwhile, one of the first football games, between Malaysia and Myanmar, did not have a functioning scoreboard, according to reports. 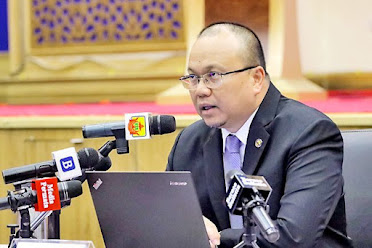