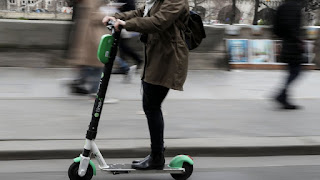 Are a popular way for pedestrians to get around the city, and they also provide last mile connectivity for public transport users. In Kuala Lumpur for example, e-Scooters are commonly used in areas like Dataran Merdeka, Bukit Bintang, KLCC, Putrajaya and also Ampang areas.

However, the Royal Malaysia Police (PDRM) said they will start to imposing fines on errant riders that use e-Scooters on public roads starting January 01, 2021. Currently, the police are advising e-Scooters users to stop riding them.

According to Kuala Lumpur Traffic Enforcement and Investigation Department Chief ACP Zulkefly Yahya, his department frequently received many complaints from the public of e-Scooters being used on roads, as well as being too dangerous as it could cause accidents.

According to Chief ACP, when enforcement begins next year, offenders will be fined RM 300.00 and up to a maximum of RM 1,000.00 for subsequent offences or be jailed for three (3) months under the Road Transport Act 1987.

Question here, Are e-Scooters Completely Banned From All Malaysian Roads ?

According to the police, e-Scooters can still be used on public roads but riders will need to apply for a special permission licence from the director-general of the Road Transport Department (JPJ).

So where can you use e-Scooters? According to the police, riders can still ride around but only in gazetted areas such as playgrounds and permitted areas around shopping centres.

Beyond this strict definition of where e-Scooters can be used, there are no clear guidelines or SOPs given to the public. This leaves e-Scooters sharing services like Beam in a conundrum as the rules severely restrict where their vehicles can be used.

If we were to interpret this rules strictly by what the police said, you can't ride an e-Scooter on public roads but there is nothing said about using it on footpaths. Technically, this could mean that you can use an e-Scooter sharing services like Beam, to ride along footpaths or cycling paths to navigate around the city.

So, right now there are more questions that answers right now for e-Scooter users in Malaysia. For example here, e-Scooters can be user to commute from MRT stations to their office buildings if they stay far away from public roads? Are all users are required to register their e-Scooters and apply for a licence of that vehicle?

Across the Causeway, Singapore for example, has also banned e-Scooters from being used on public roads. But unlike local authorities, Singapore's Land Transport Authority (LTA) have a set of clearly defined guidelines. This includes defining how e-Scooters and similar electric powered vehicles can still be used on cycling paths though those under 16 years of age need to be supervised by an parent or adult.

The rules also set a speed limit for e-Scooters where they are limited to travelling at 25km/h on cycling paths and 10km/h on footpaths. These vehicles also need to meet UL2272 certification - that include an IPX4 test where water is sprayed on it from all angles.

These tests and certification are to ensure that the personal mobility devices are safe and there's no risk of explosion, fire, leakage, shock and also electrolyte.

What Included About Changes In The Law

Under the Road Transport (Amendment) Bil 2020, which came into effect on Oct 23, 2020, the Transport Ministry now regulates micromobility vehicles, that include e-Scooters. This includes the mandatory registration of such vehicles and requiring a driving licence if appropriate.

Transport Minister Datuk Seri Dr Wee Ka Siong said micromobility vehicles are not the same as bicycles, and they are dangerous for road use.

Back in September 2020, happenes because of individual that rode an electric unicycle on the highway on a Facebook post. He warned such behaviour is dangerous and puts other users at risk. 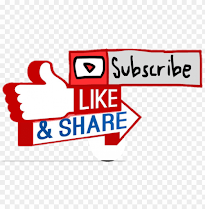