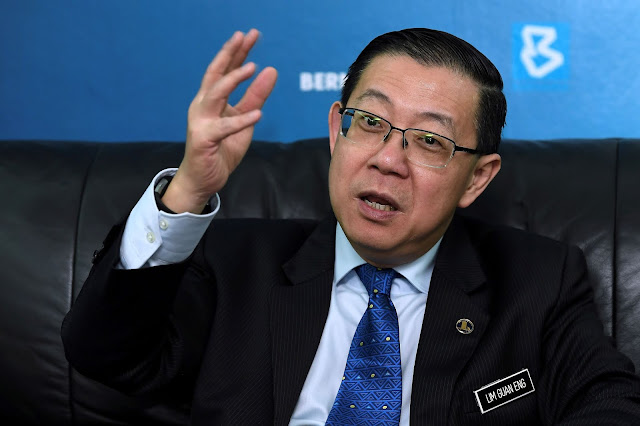 WHY ARE THE CHINESE COMPLAINING ABOUT CORRUPTION ?

The director of a company supplying chips for Malaysian passports to the government today confirmed he had in 2017 personally handed over his colleagues' two cheques totalling RM 6 million to Datuk Seri Ahmad Zahid Hamidi when he was the home minister, the High Court heard today.

A former production manager of Pengurusan Air Pahang Berhad (PAIP) was charged in the Sessions Court here today with 11 counts of corruption, involving gratification amounting RM 273,650 in connection with the implementation of a post-flood project in 2014.

Jamal Nasir Mamat, 63, of Taman Mahkota Permai here, however, pleaded not guilty to all the charges before judge Mohd Ghazali Mohamad Taib.

He was alleged to have received the money, through 11 online banking of between RM 4,000 and RM 90,000 per transaction, from a director of Top Lead Construction Bhd, tee Meng Lee, between December 5, 2015 and October 26, 2017, allegedly for helping Tee to secure the project, costing RM 3.76 million, for PAIP through direct negotiation.

The news reports above are examples of what you read daily in the Malaysian news. And the impression you get from reading these types of news every day is that Malays are downright corrupt. But what many seem to overlook is that while the Malays may be the recipient, the givers are most times Chinese.

It takes two hands to clap. The Chinese give and the Malays receive. So, Malays might be corrupt, but does this make the Chinese any less corrupt?

What are the biggest corruption cases in Malaysian history and who are behind them?
Abdullah Ang, George Tan, Tan Koo Swan, Brian Chang, Eric Chia, Ling Liong Sik, Patrick Lim, Jho Low, Ting Pek Khiing, Vincent Tan, Francis Yeoh, etc., are all Chinese. And this is just the tip of the iceberg, the 10% that you see, not the 90% that is hidden below the surface.

Corruption is not about race. Corruption is about greed. And while we do have greedy Malays who, as Tun Dr Mahathir Mohamad said, want free money the easy way, there are many more greedy Chinese who would rather bribe their way to becoming rich.

And if you want to play the race card so can we. China also has a bad record when it comes to corruption. So, show me one Malay in China has been arrested and charged for corruption.