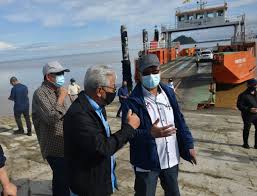 KUCHING : Strong guard railings will be built at all ferry crossing points in Sarawak to prevent a recurrence of Friday tragedy where a foud-wheel-drive (4WD) plunged into Sungai Batang Lupar, Sri Aman.

" With the strong guard rails, nothing can fall off (from the ferry boarding and alighting point). This will be with immediate effect. It must be understood that the car (4WD) fell from the ferry landing point..not from the ferry (as some people had thought)," he told reporters after visiting the Triso Ferry Point, Sri Aman, which is about 120 km from here.

A four-month-old baby was among nine (9) people who perished after the 4WD vehicle they were in went out of control and plunged into the river at the ferry point at about 3 pm on Friday January 01, 2021.

Masing said the tragedy served as a grim reminder of the need to strictly follow the standard operating procedures (SOPs) for using such facilities.

According to the SOPs, all car occupants except the driver must disembark from their vehicle before it is driven through the landing ramp into the ferry, and only board the vehicle after it has exited the ferry at the other point of landing, he said.

" We have to enforce these SOPs that had been introduced for quite some time now," he said, adding that all users should follow the ferry guards' instructions at all times.

According to him, the state government had allocated about RM 3 billion to build bridges across rivers that require ferries for crossing in its Second Trunk Road project linking all the coastal areas in the state.

" The State Government had to fund it as the previous Pakatan Harapan (Federal) Government cancelled all the bridge projects. The Batang Lupar bridge costs about RM 848 million (to replace the Triso Ferry service) and we are doing (building) it now, " he said.

Masing said the Sarawak Government was willing to use its own funds to build these bridges because it realised the infrastructure was important for the people.

" This (bridge project) is very important for us and we decided to use our funds to make sure that the bridges are done by 2025 or 2026," he said.

He said investigations so far showed that the tragedy was due to an accident.

On behalf of the state government, he extended his condolences to the families of the victims.

He also thanked members of the public who jumped into the river to try to save the victims.

" That showed that in Sarawak we care for each other. They tried their best to do it (save the victims)," he added. 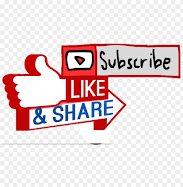