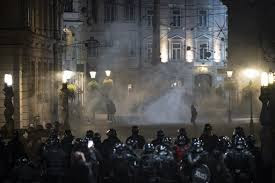 Slovenia's interior minister on Friday, October 08, 2021 was rejected accusations that police used excessive force to curb anti - government protests with water cannons and tear gas on the eve of a major European Union summit in the country earlier this week.

The demonstrations were the third in a month, organized against virus measures and the use of COVID-19 passes, including for going to work in all state-run firms. People must show that they are either fully vaccinated or that they have taken an expensive PCR test.

Interior Minister Ales Hojs said in Brussels that " police did their job very well during Tuesday's intervention" and were " within their jurisdiction." An investigation still has opened into police actions, he added.

About 25 protesters were detained and several were injured or hospitalized - mostly for inhaling tear gas.

" The director of the police has already ordered a commission in accordance with the law, which will investigation the legality and proportionality of all means used by the police in these protests," Hojs sai.

Officers in riot gear and on horses repeatedly used water cannons and tear gas to disperse the demonstrators who threatened to block roads as EU and Western Balkan leaders were arriving for the meeting.

The clashes led to hours - long chaos on the streets of the capital, Ljubljana, and the detention of a protester leader.

Zoran Stankovic, the leader of the Resni.ca party, has threatened to sue the state, saying he was kept in detention illegally. Stankovic's home and his party offices reportedly have been searched as part of the police probe against protest organizers.

Clashes with police have erupted at previous protests as well. On Tuesday, an AP video journalists was sprayed by a water cannon and was hit in the head with an unknown object during the police intervention.

Hojs refused to comment on the potential case against Stankovic, saying it was in the hands of the prosecutors. The police intervention wasn't ordered by politicians but provoked by the protesters, he insisted.

The Resni.ca party has said they would no longer organize the protests, saying this would jeopardize the liberty of their leader. The right - wing politician has denied he was using public discontent over virus measures for political campaigning.

Like much of Central and Eastern Europe, Slovenia in recent weeks has seen a rise in new coronavirus infections. The country of 2 million people has fully vaccinated nearly 48% of its population, a smaller share than in many other EU nations. 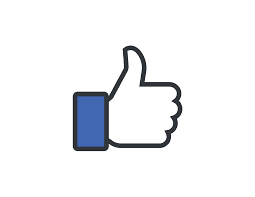