Discover the world through this series of spectacular bridges that function not only as connectors of communities, but also as testaments to the ingenuity of engineering, design and architecture.

In Putrajaya, Malaysia's administrative capital, the Seri Wawasan Bridge cuts a striking figure and is considered one of the country's most beautiful bridges. This cable-stayed bridge spans 240m and acts as an essential link between the residential areas of Precint 8 and 9, and the core island of Precinct 2 across the Putrajaya Lake, where the central government buildings are located. The bridge was completed in 2003 and was designed by Perbadanan Putrajaya, a local governing body. The bridge is best known for its modern and futuristic asymmetrical design, which was inspired by the shape of a sailboat. The bridge was built using a combination of concrete, cable backstays and structural steel tiebacks, and features dual three-lane carriageways and a 5.1m wide walkaway for both pedestrians and cyclists. At night, colour-changing lights illuminate the entire bridge, making it a wondrous sight to behold.

The Dragon Bridge (Vietnamese: Cau Rong) is a bride over the River Han at Da nang, Vietnam. Construction of the bridge began on 19 July 2009 (the same day as the inauguration of the nearby Thuan Phuoc Bridge) when the former Prime Minister of Vietnam Nguyen Tan Dung and many high-ranking government officials attended the groundbreaking ceremony. Dragon Bridge is 666m long, 37.5m wide and has six lanes for traffic. It opened to traffic on March 29, 2013, at a cost of nearly VND 1.5 trillion dong (US$88m). The bridge was designed by the US-based Ammann & Whithey Consulting Engineers with Louis Berger Group. Construction was undertaken by Company No. 508, an affiliate of Civil Construction Engineering Corporation No. 5, and Bridge Company No. 75. Main span was completed on October 26. 2012. The bridge was opened to traffic on March 29, 2013, the 38th anniversary of the liberation of Da Nang City. This modern bridge crosses the Han Rier at the Le Dinh Duong/Bach Dang traffic circle, providing the shortest road link from the Da nang International Airport to other main roads in Da Nang City, and a more direct route to My Khe Beach and Non Nuoc Beach on the eastern edge of the city. The bridge was designed and built in the shape of a dragon and to breathe fire and water each Saturday and Sunday night at 9PM.

Hanapepe Swinging Bridge, Hawaii is located in Hanapepe, this swinging suspension bridge is one of the area's most visited attractions. Originally built in the early 1900s as  means for locals to cross the Hanapepe River, the bridge has been repaired and reinforced over the years for visitors to enjoy.

Nanpu Bridge -  In the bustling metropolist of Shanghai, the Nanpu Bridge links central Puxi with Pudong district across the Huangpu River. The cable-stayed bridge is connected to three spiralling interchanges on the Puxi side and also to connect Zhongshan South and Lu Jiabing roads. The bridge opened in 1991 and was constructed to accelerate the development of Pudong district. Since opening, the connectivity it offers has transformed the district into a significant hub, with iconic landmarks such as the Oriental Pearl Tower and the Shanghai World Financial Centre located here. The bridge spans over 8,000m, and is elevated 46m above the river. The defining features of this bridge are its two 'H' shaped towers, with 22 pairs of steel cables on each side. The bridge was designed by the Shanghai Municipal Engineering Design Institute in collaboration with the Tongji Architetural design and Research Institute, and is considered Shanghai's first steel and concrete girder cable-stayed bridge.

Shinkyo Bridge- Nestled within the serene scenery at the entrance area of Rinnoji Temple, Nikko Toshogu and Futarasan Shrine in the city of Nikko, the Shinkyo Bridge, or 'sacked bridge' is recognised as one of Japan's most stunning traditional bridges. The beautiful vermillion-lacquered bridge crosses the Daiya River at a height of 10m and spans approximately 28m. The first ever bridge in this location, it is believed to date back to AD 808. Local legend states that a priest prayed for a way to cross the river, and God answered by sending two snakes that intertwined and formed a bridge. The current version of the bridge was built in 1636, although it has been extensively repaired since then. Initially, only members of the shogunate and priests were allowed to cross the bridge, until it was finally opened to the public in 1973. It underwent extensive renovation works in the late 1990s and early 2000s, and visitors can now walk across the bridge and back for an entrance fee. Shinkyo Bridge is located in central Nikko, along the way between the railway stations and Toshogu Shrine. It can be accessed from JR or Tobu Nikko Station by a bus which stops at Shinkyo bus stop (5 minutes, 200 yen one way) or in about 20-30 minutes on foot.

The Burma Railway, also known as the Death Railway, the Siam-Burma Railway, the Thai-Burma Railway and similar names, was a 415km (258 mi) railway between Ban Pong; Thailand and Thanbyuzayat, Burma, built by the Empire of Japan in 1943 to support its forces in the Burma campaign of World War II. This railway completed the rail link between Bangkok, Thailand, and Ranggon, Burma (now Yangon). The name used by the Japanese Government is Thai-Men-Rensetsu-Tetsudou, which means Thailand-Myanmar-Link-Railway. The line was closed in 1947, but the section between Nong Pla Duk and Nam Tok was reopened ten years later. Between 180,000 and 250,000 Southeast Asian civilian labourers and about 61,000 Allied prisoners of war were subjected to forced labour during its construction. About 90,000 civilian labourers and more than 12,000 Allied prisoners died. A railway between Burma and Thailand crossing Three Pagodas Pass and following the valley of the Kwhae Noi river in Thailand, had been surveyed by the British government of Burma as early as 1885, but the proposed course of the line-through hilly jungle terrain divided by many rivers-was considered too difficult to undertake. In early 1942, Japanese forces invaded Burma and seized control of the colony from the United Kingdom. To supply their forces in Burma, the Japanese depended upon the sea, bringing supplies and troops to Burma around the Malay peninsula and through the Strait of Malacca and the Andaman Sea. This route was vulnerable to attack by Allied submarines, especially after the Japanese defeat at the Battle of Midway in June 1942. To avoid a hazardous 2,000 mile (3,200 km) sea journey around the Malay peninsula, a railway from Bangkok to Ranggon seemed a feasible alternative. The Japanese began this project in June 1942. The project aimed to connect Ban Pong in Thailand with Thanbyuzayat in Burma linking up with existing railways at both places. Its route was through Three Pagodas Pass on the border of Thailand and Burma. 69 miles (111km) of the railway were in Burma and the remaining 189 miles (304 km) were in Thailand. The movement of POWs northward from Changi Prison in Singapore and other prison camps in Southeast Asia began in May 1942. After preliminary work of airfields and infrastructure, construction of the railway began in Burma on 15 September 1942 and in Thailand in November. The projected or goal completion date was December 1943. Most of the construction materials, including tracks and sleepers, were brought from dismantled branches or Malaya's Federated Malay States Railway network and the East Indies' various rail networks.

The Nine Arches Bridge also called The Bridge In The Sky is a bridge in Sri Lanka. It is one of the best examples of colonial-era railway construction in the country. The construction of the bridge is generally attributed to a local Ceylonese builder, P.K. Appuhami, in consultation with British Engineers. The chief designer and project manager of the 'upcountry railway line of Ceylon' project was D. J. Wimalasurendra, a distinguished Ceylonese engineer and inventor. The designer of the viaduct was Harold Cuthebert Marwood of Railway Construction Department of Ceylon Government Railway. The 1923 report titled "Construction of a Concrete Railway Viaduct in Ceylon" published by the Engineering Association of Ceylon has details of all the records including the plans and drawings. It is located in Demodara, between Ella and Deodara railway stations. The surrounding area has seen a steady increase of tourism due to the bridge's architectural ingenuity and the profuse greenery in the nearby hillsides. Popular rumours suggest that when construction work commenced on the bridge, the Great War began between the empires of Europe and the steel assigned for this site was reallocated to Britain's War related projects at the battlefront. As a result, the work came to a standstill, leading build the bridge with stone bricks and cement, but without steel.

Situated in the provincial town of Ella, approximately 200km from the nation's capitol Colombo, the Nine Arch Bridge is a stunning example of railway bridge architecture. Passing below the majestic mountain range of the Central Highlands, the bridge has nine arches, and forms a viaduct between the Demodara and Ella railway stations. The bridge, which was completed in 1921, spans 91m and stands at a height of 24m above ground. The bridge is unique as it was built using only rocks, bricks and cement. Initially, the bridge was supposed to be constructed using steel, but because of WWI, which was ongoing at the start of construction, the steel reserved for the bridge was reprioritised for the British was effort. Despite the lack of steel foundations, the bridge has stood the test of time and is fully functional to this day.

Traversing a stunning natural harbour, the Sydney Harbour Bridge is one of the world's largest steel arch bridges, and connects Sydney's Central Business District (CBD) with the North Shore. First opened in 1932, the bridge was designed under the direction of Australian engineer John Bradfield and took eight years to complete. With an arch that spans 503m, the bridge was built using over 53,000 tonnes of steel and is fastened with approximately six million rivets. Main attractions include the BridgeClimb offering 360 degree views of Sydney, and the Pylon Lookout, a viewing tower located at the South East Pylon. At a height of 87m above mean sea level (AMSL), the lookout offers panoramic views of Sydney Harbour and other landmarks such as the Botanical Gardens and the Sydney Opera House. It also houses three floors of exhibits dedicated to the construction history of the bridge, such as rare photographs and unique bridge-related artefacts.

San Juanico Bridge (Filipino: Tulay ng San Juanico and Spanish: Puente de San Juanico) is a part of the Pan-Philippine Highway and stretches from Samar to Leyte actross the San Juanico Strait in the Philippines. Its longest length is a steel girder viaduct built on reinforced concrete piers, and its main span is of an arch-shaped truss design. Constructed during the Marcos administration using Japanese Official Development Assistance (ODA) loan,s it has a total length of 2.16 km (1.34 mi) - the longest bridge spanning a body of seawater in the Philippines. Touted as President Ferdinand Marcos "birthday gift" to his wife Imelda, it was one of the hig-visibility foreign-loan projects initiated by Marcos during the run-up to the 1969 Presidential election campaign. Completed four years later, it was inaugurated on July 2, 1973- Imelda Marcos' birthday. Upon its completion, economists and public works engineers quickly tagged it as a white elephant which was "constructed several decades too soon", because its average daily traffic (ADT) was too low to justify the cost of its construction. As a result, its construction has been associated with what has been called the Marcoses' "edifice complex". In the decades after the Marcoses administration, economic activity in Samar and Leyte has finally caught up with the bridge's intended function, and it has become an iconic tourist attraction acknowledged as "part of the identity of people in Samar and Leyte."


Others articles can find in this blog. 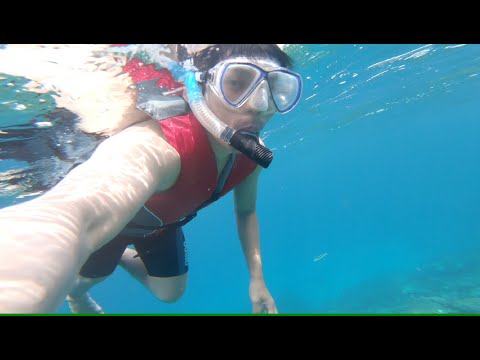