4 The Best Location For Living Canvas 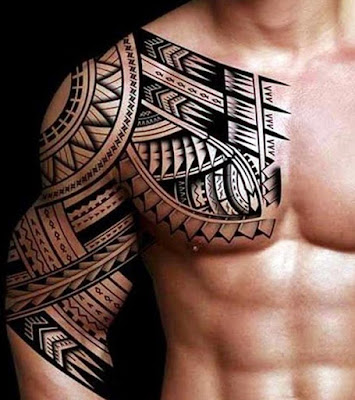 In many parts of Southeast Asia, Traditional tattoos are more than an adornment for the body - they have deep cultural and spiritual roots.

-The tattoos of the Mentawai people in Indonesia are considered one of the world's oldest, dating back to the Metal Age (1500-500 BC). Believed to be a way of connecting to the spirit world, Mentawai tattoos typically feature designs inspired by nature like sago palms, hunting dogs and raindrops. They are drawn with a wooden needle using ink made from sugarcane juice and soot. Due to the suppression of Mentawai tattooing during Dutch colonisation in the 18th century, the art is now greatly endangered with only an estimated 100 people left who still wear these tattoos.

-The women of Myanmar's ethnic Chin community are known for their distinctive face tattoos, where the entire face is covered in intricate designs that vary according to their Chin group. The tatoo ink is a concoction of leaves, soot and grass, and is applied with cane thorns. The tattoos were once thought to enhance a woman's beauty and assure her a place in heaven. Modernisation, however, has gradually eroded this practice, and Chin face tattoos will likely vanish when the last generation of tattooed Chin women pass on.

-The batok tattoos of the Kalinga people in the Philippines are an ancient skin art, going back nearly 1,000 years. A form of hand-tapped tattooing, designs are applied with charcoal, a thorn and a wooden mallet. Batok tattoos are an important mode of preserving Kalinga symbols and stories, and exhibit the deep connection these indigenous people have with their community and ancestors.

Other articles relate to Asean/Asia can read from this blog.