Things to do in Kapit Sarawak 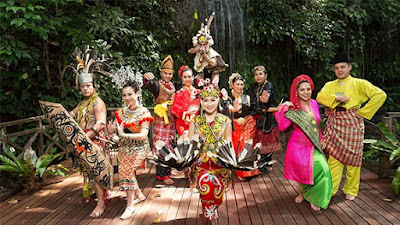 Is a state of Malaysia. Being the largest among 13 other states with the size almost equal to West Malaysia, Sarawak is located in northwest Borneo Island, and is bordered by the Malaysia state of Sabah to the northeast, Kalimantan (the Indonesian portion of Borneo) to the south, and Brunei Darussalam in the north.

The capital city, Kuching, is the largest city in Sarawak, the economic centre of the state, and the seat of the Sarawak State Government. Other cities and towns in Sarawak include Miri, Sibu and Bintulu. As of the 2015 cencus, the population of Sarawak was 2,636,000. Sarawak has an equational climate with tropical rainforests and abundant animal and plant species. It has several prominent cave systems at Gunung Mulu National Park. Rajang River is the longest river in Malaysia; Bakun Dam, one of the largest dams in Southeast Asia, is located on one of its tributaties, the Balui River. Mount Murud is the highest point in Sarawak.

Sibu is the largest port and commercial centre in the Rejang Basin and the gateway to Central Sarawak. Located at the confluence of the Rejang and Igan Rivers, approximately 130 km from the South China Sea, Sibu is a thriving modern town with a vibrant centre and a bustling, crowded waterfront.

To visitors, Sibu feels more down-to-earth than relaxed Kuching. There is still something of the pioneer style about the town, and its people are direct, plain-speaking and assertively millionaires per capita than any other city in Borneo.

The mighty Rejang, almost a mile (1,600 km) wide, is the dominant feature of the town, and a room with a river view is highly recommended for vibrant impressions of waterfront life. The river is a source of constant activity, with ocean-going vessels manoeuvring delicately between speeding express boats, battered river launches and tiny sampans. Rejang sunsets can be truly spectacular.

Sibu is not only fascinating in its own right; with its excellent road, air and river transport links it is also the ideal jumping-off point for exploring the whole Rejang Basin, from the coastal town of Mukah to the furthest reaches of the Upper Rejang, over 600 km upriver.

Kapit is a town and the capital of Kapit District in Kapit Division, Sarawak, Malaysia on the south Bank of the Rajang River. The district comprises 15,595.6 square kilometres and as of 2002 has a population 60,200. Although accessible only by boat (slightly more than 3 hours from Sibu by express boat) it is the vibrant commercial and social center for the middle Rajang River catering to the longhouse communities and timber camps. It is an excellent base for exploring nearby longhouses or for arranging trips to the Upper Rejang and Balleh Rivers.

- Built by Charles Brooke in 1880 to take control of the Upper Rejang, this wooden fort - built of belian (ironwood) - was renamed in 1925 to honour Ranee Sylvia, wife of Charles Vyner Brooke.

- Some of the goods unloaded at the waterfront end up in this colourful covered market. It's a chatty, noisy hive of grassroots commerce, with a galaxy of unfamiliar edibles that grow in the jungle as well as handicraft.

- Travellers navigating through the 5 km Pelagus Rapids are advised to exercise extra care during this current extreme wet weather as it has been causing turbulent waves and strong currents.

- Rapids pose great danger to river transport because of very swift current and the narrow passage used by small boats to navigate up and down.

- It is about an hour by 400HP speed boat from Kapit to Belaga. Several years ago, the state government engaged a firm to bust the rocks across the river bed by explosives in an effort to improve the passage way. In reality, it didn't improve much and navigation remains very dangerous.

- However, the Pelagus Rapids is where fishermen place their nets to catch its rich resources of fish like ikan labang and ikan baung and prawns.

- So every year, the longhouse communities at upper Pelagus make offerings and conduct a miring ceremony at the infamous Pelagus Rapids in accordance with Iban tradition to appease Mother Nature and the spirits to protect them since travelling by boat is the only means of transport for longhouse residents living below and above the rapids.

Most Beautiful Only In Sarawak.
Read some article in this blog.