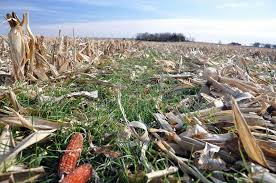 Energy is considered the basis for the progress and prosperity of nations and societies. It is also the cornerstone of economic and social development. The limited of fossil fuels and the growing awareness of the detrimental environmental consequences resulting from greenhouse gas emissions have reinforced the importance of biomass as an energy resource in developed and developing counties. Recently, the ease of accessibility of sago biomass has drawn considerable interest of researches regarding the production of renewable energy. It is expected that future energy use will have increased utilization of different energy sources, including biomass, municipal solid wastes, industrial wastes agricultural wastes and other low grade fuels. The slow pyrolysis of different types of sago biomasses (sago barks, sago fronds and sago cortex) was studied with the aim to produce a solid pyrolysis product (biochar) with promosing properties and potential for use in traditional fossil coal applications.

Pyrolysis is a good practical solution to solve the growing problem of landfills, with simultaneous energy extraction and nonleachable minimum residue. Pyrolysis also provides good solution to the problem of sago residue in to useful fuel. Studied by (Rambli et al., 2018) an effort is made to utilize agricultural residue for the production of cost effective and environmental friendly fuel.

The biomass wastes can be easily converted to briquettes that serve as promising substitute for current fuel oil. In the present study, a highly potential biomass fuel was generated for current fuel oil. In this regard, locally sourced starch flour was utilized as binder to produce three different grades of briquette charcoal at concentration range of 5-20%. The textural, morphological and thermal stability characteristics of the prepared briquettes were investigated by surface area analysis (BET), SEM and TGA. Furthermore, volatile matter content, fixed carbon content and ash content were examined. The briquette grades ash contents were about 24.00% - 22.33% with the bulk density of 0.60g/m3 - 0.70g/m3, respectively (J Rambli et al., 2019).

In addition, the sago cortex was found to have lower ash content as compared to produced sago fronds and sago barks. The mean calorific value of the briquettes was found to be 21.63 MJ/kg - 22.33 MJ/kg. Experimental results from this studied showed that sago biomass is a potential alternative fuel for current fuels.

Three types of biomass were selected namely sago barks, sago fronds, and sago cortex and underwent evaluation to investigate their potential for biochar production. It was found from the results of proximate and ultimate analysis as well as from preliminary pyrolysis screening that sago barks with carbon content and fixed carbon of 35.00 and 7.93% and calorific value of 21.63 MJ/kg-1 is capable of obtaining the highest yield (43.0%) of biochar at 350C as compared to other two sources hence selected for further analysis. The optimum condition were used to produce sago barks based biochar which was later used in characterization analysis via proximate, ultimate analysis followed by SEM and measured for density and pH with the purpose of investigating its potential as solid fuel. The results of physico-chemical analysis were found that the level of fixed carbon in optimum biochar has been increased and the level of moisture has been dropped considerably as the result of pyrolysis. Likewise, it was found that the porosity of optimum biochar surface has increased significantly.

Further in the study, a few types of briquettes were prepared by using biochar and with addition of different binders (corn and tapioca starches) with different ratios and the effect of each were investigated in terms of mechanical strength and combustion efficiency. By comparing the burning profile of each briquette, it was observed that sago based briquette with corn starch has the highest ignition period while the structure remains consistence and with lowest level of smokes and emissions of hazardous gaseous substances (CO and CO2). It was also found that sago briquette either consisted of 15% corn starch or 20% of tapioca starch has the highest compressive strength compared to other studied briquettes.

The Key of Life From Science Technology ! Share The Related Issues You Must Read >>>