5 Interesting Things About Gawai Dayak You Must Know 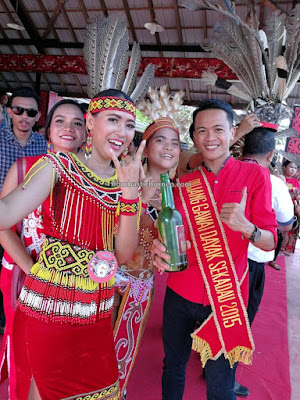 Gawai Dayak is an annual festival celebrated by the Dayak People in Sarawak, Malaysia and West Kalimantan, Indonesia begin on May 31 and June 01. It is a public holiday in Sarawak and is both a religious and a social occasion recognised since 1957.

Gawai Dayak also a concept of the radio producers Tan Kingsley and Owen Liang taken up by the Dayak Community. The British colonial government refused to recognise Dayak Day until year 1962. They called it Sarawak Day for the inclusion of all Sarawakians as a National Day, regardless of Ethnic Origin.

On June 01 year 1963, Datuk Michael Buma, a Betong native, hosted the celebrations of the first Gawai Dayak at his home at Siol Kandis, Kuching, Sarawak. On September 25, 1964, Sarawak Day was gazetted as a public holiday acknowledging the formation of the Federation of Malaysia. The holiday was first celebrated on June 01, 1965 and it became as a symbol of unity, aspiration and hope for the Dayak Community. It is an integral part of Dayak social life. It is a thanks giving day marking a bountiful harvest and a time to plan for the new farming seasons or other endeavours ahead.

5 Interesting Things About Gawai Dayak You Must Know !

If you don't know what Tuak is, it's basically locally brewed rice wine, and it's also probably a really important tradition during the festival. The mixture is brewed from glutinous rice mixed with ragi ( a homemade yeast and enzyme mixture at least a month before the Gawai Dayak Festival. During the festival, it is offered as a welcome drink to any guests who visits their longhouse.

# 2 - SPECIAL FOOD & DRINKS ARE PREPARED FOR THE FESTIVAL

It's not a festival without food, right? Some traditional treats prepared are such as the Sarang Semut, Cuwan, Kuih Sepit, Penganan Ari, and so many more. On the eve of Gawai, the ngelulun pulut is also made, which is glutinous rice rasts in bamboo. Other more savoury dishes also inlude pansoh manok, and the delicious chicken and lemongrass cooked in a bamboo log over an open fire.

# 3 - GAWAI MARKS THE END OF THE HARVEST

It takes about 4-5 months to grow a grain of rice, and though we don't often think about the importance of rice, the Gawai Festival celebrates the amount of time and hard work put into getting even just a grain. It also represents unity, aspiration, and hope and celebrating by many ethnic groups such as the Iban, Bidayuh, Kenyah, Kelabit and Murut.

# 4 - NGAJAT IS PERFORMED DURING THE CELEBRATION

This is a beauty pageant held to choose the festival's king and queen. Nowadays, the pageant is done with grand pride with many different categories from different Dayak race ranging from Iban, Bidayuh, Orang Ulu, Kelabit, Lun Bawang and more. The judges will choose the winner based on their personality, academic achievements and physical appearances. 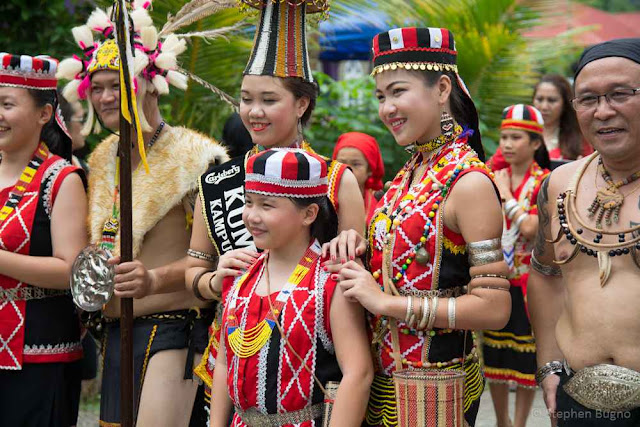