4 Reasons why is fasting important ? 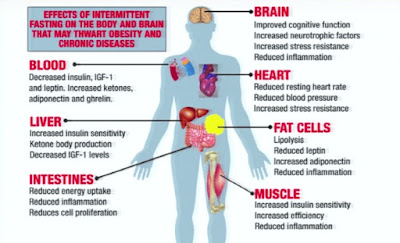 Is also considered a form of spiritual cleansing where abstaining from subtenance and bad habits is a way of cleaning oneself from the wicked desires and sins of mankind. Fasting is very important to Muslims because not only does it symbolize loyalty to one's faith, but it wholly requires self-control and commitment to do.

WHY IS RAMADHAN IMPORTANT TO MUSLIM PEOPLE ?

Ramadhan is an important holiday to Muslims because it is one of the most major holidays and it incorporates fasting, which is one of the main practices in the Islamic religion.

Fasting has to do with a form of worship where Muslims resign themselves from every day enjoyment, like food and water, as an act of worship to God. During Ramadhan, Muslims fast in order to ask for forgiveness for sins of their past.

Fasting is also considered a form of spiritual cleansing where abstaining from sustenance and bad habits is a way of cleaning oneself from the wicked desires and sins of mankind. Fasting is very important to Muslims because not only does it symbolize loyalty to one''s faith, but it wholly requires self-control and commitment to do.

In the Islam canon, Ramadhan is a holiday that refers to the Qu'ran, the Islam holy text, that describes a month in which Muhammad, the Islamic prophet, conceived the initial verses.

Ramadhan has always been a passionate time for Muslims of all ages. Very young children even take part in the fasting, and the holiday is also considered important because it is recognized in the Muslim tradition as a time of brotherhood among Muslims, where communal closeness is encouraged and people celebrate their faith.

WHY FASTING IMPORTANT TO MUSLIM ?

When fasting, you can feel good physically and mentally after having fasted. It makes you focus on the essential and leave far behind the trivia.

When fast, it brings our closer to God. It allows us to grow spiritually. It allows us to purify our body and our mind and to become humble towards the tough condition of life of the poor starving people in the world.

The fast enables us to be superior to ourselves physically and mentally by becoming patient towards our own needs (the hunger, the thirst, the sexual intercourses).

THE BENEFITS OF FASTING

The reward one achieves because of fasting is so big that it cannot be compared to the difficulty he experiences when avoiding his desires for short moment. The reward given for fasting is more than that of other acts of worship. According to a Hadith Qudsi (divine saying):

"Every righteous act is rewarded ten times or a hundred times more except for fasting which is Mine and I will be its reward."

Once the Prophet asked his companions, "Do you want me to tell you of an act that if you act upon it will distance Satan from you, the way the east is distant from the west?" When they all showed interest, he mentioned three acts: Loving for the sake of God, giving charity, and fasting were tools to defeat Satan. As the Prophet said, "Fasting is a shield against the hellfire."

Imam Ali said, "God has placed five effects in five things: Respect in obedience, abjection in diobedience, wisdom and knowledge in hunger, solemnity in the night prayer, and richness in contentment."

Hunger (or fasting) is said to be the place where wisdom is placed by the means of which a person can reach knowledge. In another hadith, Imam Ali says he is shocked by a person who tries to seek knowledge with a full stomach.

According the Prophet, God likes it when people lessen their speech, food intake, and sleep and dislikes over-eating, over-sleeping, and excessive talking. The Prophet also said there is nothing more detested by God than a full stomach.

Normally, during the Month of Ramadhan, we are more likely to succeed in repenting, purifying ourselves, helping others, and being patient, as these are acts that earns us God's love. It does not come as a surprise then that God appoints a group of angels to take care of those who fast.

Imam Sadiq said: "He who fasts in the warmth of the day for the sake of God and bears thirst and hunger, God appoints a thousand angels to touch him with love and give him glad tidings that when he breaks his fast God will tell him how he looks and smells. My angels! Be witnesses that I have forgiven him."

On another occasion, Imam Sadiq said, "There are two moments of joy for a fasting person: one is when [they day finished and] he breaks his fast and the other when he meets his Lord."

Fasting is also the best of patience. Imam Sadiq interpreted the term patience in the verse 2.45s as fasting. When patience is interpreted as fasting, the reward appointed for it is given for fasting as well:

"Indeed the patient will be paid in full their reward without any reckoning." (39:10)

Although our entire existence is from God and it is only with his help that we can fast, still God is extremely loving and fasting is so special that for every breath a person takes in the month of fasting and for every moment of his sleep he will be rewarded. The Prophet said:

"He who fasts a day voluntarily, even if he is given gold as much as this world, still he has not received his reward completely, and it will only be completed on the Day of Judgement."

The High Position of Those Who Fast

The biggest source of happiness for believers is when God accepts and loves them. Fasting opens a door to the love of God and puts people under His attention. The Prophet said, "Indeed, God has appointed angels to pray for those who fast."

In another narration, the Prophet said that if angels are appointed to pray for a group of people, their prayer will be definitely accepted by God. The Prophet also said, "I swear by He in whose hands lies my life, the change in the smell of a fasting person's mouth is more likable to God than the smell of musk."

Of course, God will show more mercy to a person gives up on his desires for a while for His sake and submits his will to the will of God. Imam Ali said: "When a person fasts, his sleep will be counted as worship, his silence as tasbih (glorification of God), his prayers will be answered and his acts will be rewarded twice. Without a doubt, his prayers when he breaks his fast will be granted."

The Prophet said: "Indeed, there is a special entrance to heaven called Rayyan from which no one will enter except for the people who fast."

Therefore, fasting has many benefits, such as helping us tolerate our difficulties easier and making us better people who are worthy of God's love and mercy and this is why fasting has been considered as one of the best acts of worship that existed in all divine religions.

ANOTHER ARTICLES YOU MUST READ